All Categories:
HomeBlogMandalasWhat is the meaning of a Mandala?
Blog

A Mandala is a spiritual and ritual symbol, most commonly found in the religions of Hinduism and Buddhism. Mandalas are generally used to represent the universe, but nowadays the term is commonly being used to describe any symbol or diagram, that is usually meant to show the universe or the cosmos.

The tradition and religious history of the Mandala

A Mandala is used to symbolically denote radial balance, which practitioners used as a spiritual guidance tool to focus their attention at one point. Mandalas are also used as a medium to start or shift to a meditative universe. Historically, Mandalas have also been used to describe the neighborly allies and enemy states for an empire. This was called the Rajamandala.

The word Mandala is originally a Sanskrit term which translates to “circle”. A simple definition of the mandala can be two different things; it is either used to virtually depict the universe through symbols, or it is used as a guide or a gateway for a meditating trance in many Hindu and Buddhist traditions.

The Hindu and Buddhist culture translate the Mandala as a symbol or object of pure devotion and commitment to the faith. Due to their historic and religious importance, Mandala designs are printed on wood, stone, cloth, fabric, walls, leaves etc.

The design of the Mandala is of significant importance to the Tibetan Buddhism culture, where, in some cases, complete temples and worshipping centers have been built in the shape of Mandalas.

The Borobudur on Java is a temple in Indonesia that is shaped like a Mandala. We can best see this from an aerial view.

The Mandala symbology most commonly depicts a palace or an empire at the center of the mandala circle, with four gates on each side. The four gates are supposed to be entrances into the four quarters of the world.

The outer design has several other layers of circles surrounding the palace, that are supposed to depict a protective layer covering the palace from worldly enemies.

We can see the four entrances to the center of this Mandala tapestry. This particular wall hanging Mandala has a complex design that incorporates Ganesha(the Elephant God) as well as other four symmetric smaller Mandalas in the corners.

In tradition, each of these circular layers has different meanings, which usually translate to the circle of purity, the circle of devotion, the circle of love and many more. One must achieve all these circles in their lives to access the palace, meaning that any reward you get in life, will only be available once you achieve pure devotion to the religion and the Gods.

In Mandalas, the circle also has several different symbols printed inside the palace. These symbols vary according to each religion and their traditions. However, most commonly, they depict a thunderbolt, which means a male, a bell, which means a female, or a diamond, which means a clear mind.

Some mandalas also have Godly and unearthly deities at the center of the symbols, instead of a palace. These deities could be singular or even number in thousands, depending on which tradition they belong to, and which God it shows. However, the main deity is always placed centrally in a mandala, while others are always surrounding it. This shows the significance of the mandala and the deity shown at the heart of the symbols.

A Way of Meditation and Religious Rites

In some Hindu and Buddhist traditions, practitioners and people who meditate, usually go into a trance-like state where they open up a dialogue or conversation with the Mandala, depicting his or her shifting into a different dimension.

Symbolically, it shows that the user or practitioner, is moving towards the center of the mandala from the edge of it, clearing all circles and achieving everything before reaching a deity or a palace. It may be called achieving enlightenment.

Mandalas are also used to perform a lot of other religious rites. In some traditions, Mandalas may be used at the birth of a child, to thank the Gods in the other dimensions for blessing this world with a human being. Others also use these at funerals, where the shifting of a person’s soul from this dimension to another is overseen through connecting with the deities through meditating with a mandala.

This is a classic round shaped Mandala. We can see all the circular layers that have symbolical meaning.

It is also interesting to see, that the mandala and other similar symbols are not only related to just Buddhist and Hindu traditions, but they have also been found in the ancient paintings of the North American Indians, meaning that either this culture travelled to America before Columbus, or that people have been communicating with each other through the Mandala.

The cosmic Mandala is usually surrounded by a flaming circle. At the center of this circle, is a three-way spiral symbol, which translates to a first movement. It is then surrounded by a rotating wind which depicts the basic elements of life.

In the Tibetan culture, the Mandala is constructed as a secret symbol of devotion. By secret, it means that the festive and cultural mandalas were painted and printed by monks and practitioners, but were never showed to the public. They were kept hidden since the painting of the mandala, and its viewing is only limited to those who have achieved peace, devotion and love, and all the other barriers that the circles encompass in a mandala. However, due to recent skepticism about its secrecy and hidden nature, the Dalai Lama allowed for the public to be able to view these festive mandalas, so it may clear any confusions as to what the mandala has to offer, or what is its significance.

Since the word Mandala literally translated to circle, that’s what most mandalas look like. However, some other traditions also have Mandalas that are shaped differently than a circle. Old and ancient Hindu and Buddhist paintings also show triangular mandalas, square mandalas, and some traditions also show mandalas in the shapes of elephants and other holy animals.

Unlike most modern mandalas, older mandalas are usually very highly detailed paintings that are used to depict the spiritual universe. The mandalas of the Tibetan Buddhist tradition, represent the purity and sacredness of the environment that Buddha created in this world. These mandalas use rich colors and include detailed and extravagant depictions of cosmologies, deities and much more.

In all its completeness, the Mandala is a symbol which depicts a person’s love and devotion to themselves and their religion. It is the symbol of achieving enlightenment, by leaving behind all worldly forces that bring a human down. The Mandala is symbolically used to depict how a person must break all barriers that restrict his or her religions and self-growth, and then finally achieve the reward of his hard work by reaching the deities depicted in the Mandala.

Mandalas are a rich part of the Japanese, Chinese, Hindu and Nepalese cultures. While it holds significant importance in the Buddhist cultures, it is also notably seen in the Hindu religion, for much of the same reason. It is surprising to see that the same designs and symbols were also found in ancient North Indian rituals and paintings, even though the contact has not yet been made with the outer world.

However, their similar depiction and meaning only pave the way for it to be of significant importance to the people.

If you would like to decorate your home with beautiful Mandala tapestries or use them for meditation and yoga, check out this section dedicated to the Mandala Tapestry where you can find the perfect Mandala design for you!

See all of our Mandala Tapestries

STAY UP TO DATE

Most Popular Products from Our Store 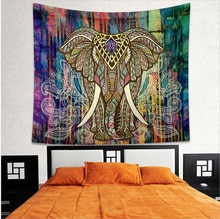 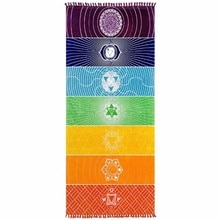